How to identify the entry point

In case the connection point has not been installed yet, you have to check which socket the incoming cable of the Proximus network is connected to.

There are two possible variants:

1. The incoming cable of the Proximus network is connected to the following kinds of boxes: 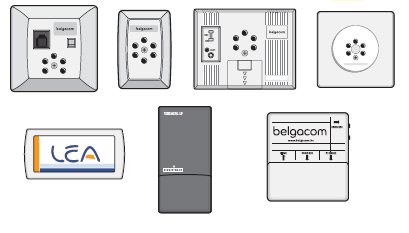 In older houses other kinds of boxes can be found: black, grey or white boxes with the following logos:

In most cases, the incoming cable is also directly connected to those boxes.

2. In case you have the following kinds of phone sockets, 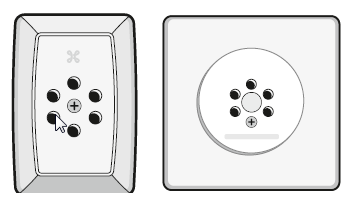 you have to find the very first phone socket which the Proximus network is connected to. 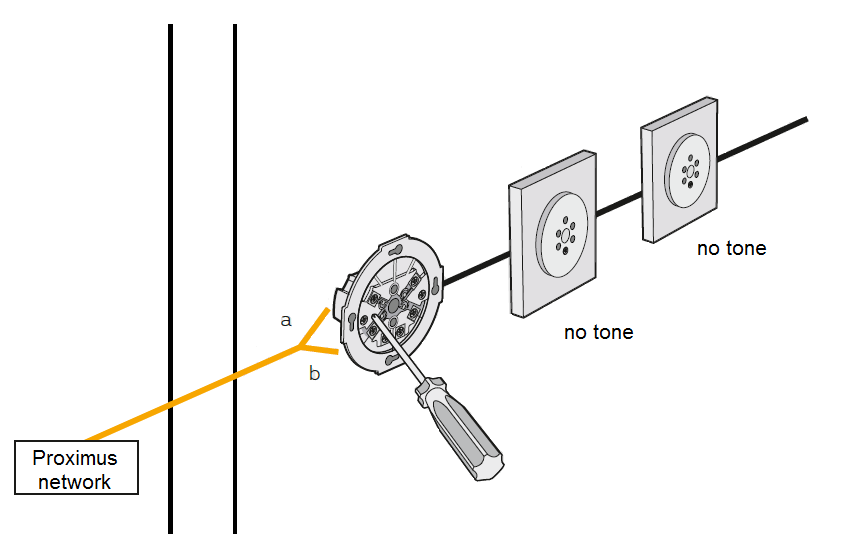 Note: in case you are going to use VDSL, all your phone sockets including the NTP at the entry point should be TF2007 (a connection box with 6 pins). For ADSL, you may use older phone sockets (with 5 pins) while it is still highly recommended to replace them with TF2007.

1. Take a picture of how the wires are connected at the phone socket you have identified as the NTP. Note down which wires have a tone and which wires are meant for extra connections.
2. Disconnect the wires.
3. Make sure if this phone socket is really the NTP: test your phone on all other phone sockets in your house/apartment.

Situation 1 — there is no tone on other phone sockets

It means that the phone socket you have just opened and disconnected is the NTP. You may proceed with the installation.

Situation 2 — you have a tone on another phone socket, but not on the one you have just opened and disconnected

Situation 3 — you have a tone on different phone sockets

Note: when you disconnect the wiring on the left in the very first phone socket, there is no tone to hear at all other phone sockets. You have to test the tone at all phone sockets in your house/apartment, even on those which you do not use.

How do I know which pair of wires has a tone?

1. This pair of wires mostly has a bigger diameter than other pairs.
2. In case the fastener is in the lower part of the phone socket, the pair with a tone is connected on the left (connector A B).

Give us a call